You are here: The Worldwide Womb Blessing® > About Us > Teachers and Facilitators > Moon Mother Teacher – Bettina Kreissl Lonfat
This post is also available in: 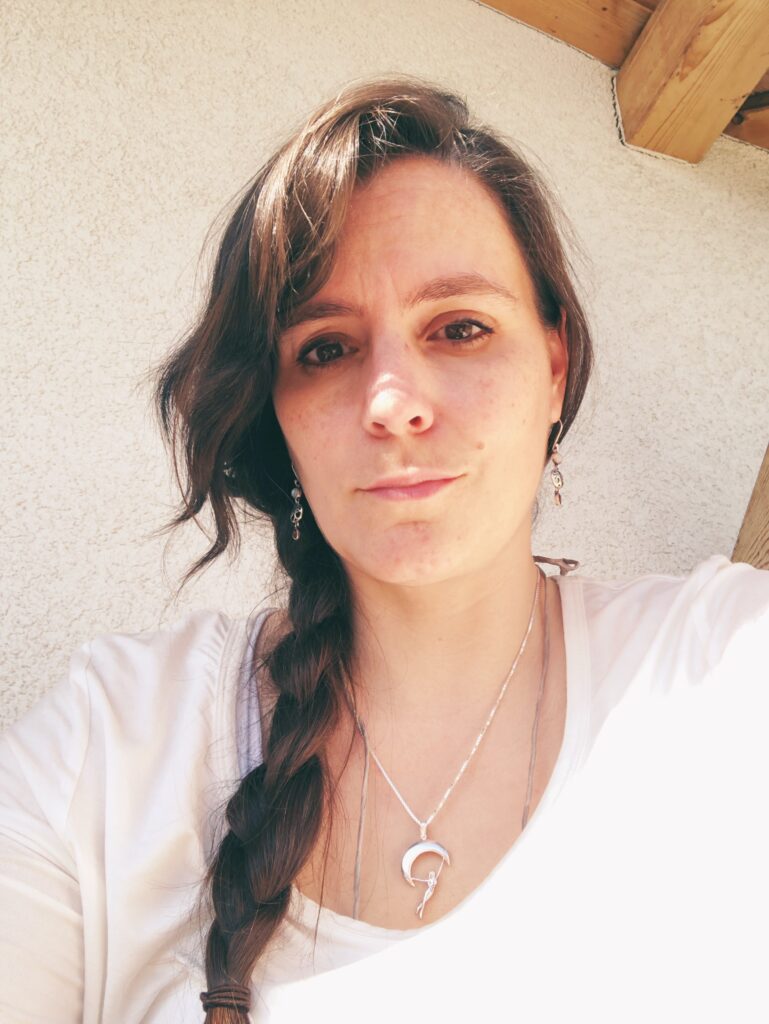 Bettina Kreissl Lonfat was born in the German speaking part of Switzerland and after long years of studying, living and working in academia and some of the oldest universities of Europe (Basel, Paris Sorbonne, Oxford University) as a Medivalist stuyding old manuscripts and texts and a philosopher, her dream of a family became more and more important to her.

She moved to the South – where there are absolutely no universities – and ended her academic career as a researcher and publisher and started from scratch.

Between being a mother and her first business as a publisher, she founded an agency that helped prepare texts for publication and every media form that was available for people to find their personal expression and voice.

This is truly when a theme started to emerge: Bettina is an alechmiser of words and speech. What had started in old library books and 700-year old manuscripts, was still there: translating the innermost thought and reflection into something tangible, hearable, readable and understandable.

But publishing wasn’t enough, and after having felt herself the beauty of women’s circles, she decided to start another part of activities and opened her own space for Red Tents and women’s circles. But when she met Miranda Gray in 2015, something shifted deeply. And suddenly, personal support for women became something that was possible and achievable to her.

Socially shy, introverted and anxious, being in groups had always been a challenge and being a healer openly had always been out of the question. The deep reconnection with the Divine Feminine and the personal experience of the personal Womb Blessing changed everything for her and has since then pushed her far out of what she ever thought possible for herself.

Bettina founded her Energy Practice after yet another set of very different studies, where she supports women (and men) in transforming their lives through energy alchemy and archetypal soulwork.

Bettina started to support the Swiss Co-ordination quickly after becoming a Moon Mother by offering them a beautiful website as a place where women could find info on the Womb Blessing in Switzerland. She quickly joined the co-ordination herself and learnt a wonderful way of co-creating with other women that still continues to inspire her today.

Bettina is currently the web developer for the Womb Blessing, having taken on the long task of modernising the old page and turning it into a beautiful piece of inspiration for all women (and men) to find the Womb Blessing on the internet.

She has been organising workshops for Miranda in the whole of Switzerland, manages the Moon Mother Manuals for Miranda Gray’s courses and is an authorised Moon Mother Teacher for Level 1 Moon Mothers. Bettina teaches worldwide in English, German, Swiss-German, and French.

Serving the Womb Blessing and the community as been a deep calling and big part of her life and it inspires her whole work.

Register for the next Worldwide Womb Blessing

Want to tell us something about the new wepage? Send us an email!
Moon Mother Login

To walk the path of a Moon Mother® is
To walk tall and strong.
To be connected to the Earth,
To our womb,
And to the Moon.
To walk with open arms
And an open heart.
To be a Moon Mother® is
to care for the women of the world.